· Registered
Joined 2 mo ago
·
5 Posts
Hello everyone!
My first post, I’ve been a lurker for years and want to thank everyone for their expertise and advice.

I finally decided to make a post because I’ve had some serious concerning issues with my vehicle and wanted to make sure others were aware of potential issues on their own Mdx’s.

I’ve had quite a few issues but haven’t had time to take it in until recently so I will do my best to lay these issues out.

I’ve had a clunking/hallow noise from the front end going over bumps and turning.
Turns out the tie rods came loose! I’ve spoken to two dealers in the past week and they said it’s a pretty common issue. I was concerned about safety but they claim there’s a cotter pin that holds the nut on and they’re hopeful the re torquing solves the issue- Acura is allegedly aware and looking for a fix.

The drivers side exhaust makes a rattle- turns out half of the exhaust will need replacing because it wasn’t welded correctly internally at the factory (Back ordered with no date available).

Charging pad works for 15 seconds and stops charging- apparently iPhone 12s are not compatible and Acura is allegedly working on an update, they gave me a document from Acura stating this.

Keyless entry doesn’t work at some gas stations (it happens all the time at the shell I go to), need to pull the key out of my pocket to click unlock- turns out the frequency Acura uses can have interference with places that use a lot of light or electricity? I believe this because the loaner I had did the same thing and it was a 2022 TLX Aspec.

I dropped my mdx off 2 weeks ago to get the above concerns reviewed, got it back this past Monday, drove 40 miles with it and it sat in my driveway until tonight (Tuesday) when I took it to go get some gas.

I was driving about 40mph and getting ready to come to a stop and the brakes had NO pressure, pedal scurried to the floor and my heart nearly jumped out of my chest.
It came to what felt like an eternity with uncertainty steady stop.
Lost a lot of break pressure and the pedal felt spongy after that.

I filled up fuel and tested it out in the parking lot before heading back home and the pedal remained spongy and if you held the brake pedal it would slowly lose pressure and go to the floor, reminded me of a master cylinder/brake booster failure.

luckily my local dealer was open for another 30 minutes and I ran over there to see if a tech could just feel it and tell me if I was losing my mind or what- he came out starts the car pumped the brakes, moved it forward and backward and goes “this is a safety hazard, there’s something wrong I don’t think you should drive this”.
Needless to say I left it there. We will see what they find.

I’ve had a 2020 mdx with no issues and I’m blown away by this 2022 mdx having so many serious safety concerns back to back within a year of owning it and only 13,000 miles.

An adviser from one of the two dealers I went to said quality has gone down hill since it became an American brand (Honda and Acura). I don’t know how true that is since all brands have their quirks. But Acura needs to have better attention to safety in the regards of torquing tie rods and brake systems in my opinion.

I’m quite disappointed but hopeful this is the last of the issues because I really enjoy this new generation.
If you think yours is having issues like the above, I encourage you to take it in right away because brakes and tie rods aren’t something to take lightly.
Michael
T

· Registered
Joined 2 mo ago
·
5 Posts
With a lot of aggrevation and a different "lead" tech looking at my vehicle (the original tech who saw it on the whim the night the brake issue happened was off for a few days), I am back with an update!

New tech looks over vehicle Wednesday and advises there's "no issue/working as designed". I tell my advisor I am not picking it up until this is resolved and to please call corporate to have a head tech come look at it, she says she will let her manager know.
She ends up letting me know that we will have the original tech who felt the brakes the night it failed take a look at it Friday when hes back.

Get a text that hes looking at it in the morning, I drop by the dealer 2 hour later and the tech comes out and says lets go for a ride, he says it feels normal now and I said it might be computer issue if its working now that it sat turned off overnight vs. air or mastercyclinder issue, he agrees and says hes committed to finding the issue, will scan for codes and check entire system.

Get a report within an hour and a half, VSA modulator pipe is wet (see pic) and not communicating with the computer along with a code. (unknown to me). ETA for part is 5-7 business days and about a day for install.
Coincidentally, I found a recall about the VSA module having a recall back in 2010, hopefully this is a one off case but, here is the link: 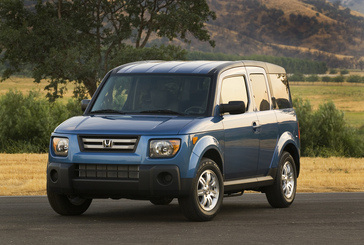 Honda will recall approximately 344,000 Odyssey and 68,000 Element vehicles from the 2007-2008 model years in the U.S. to modify the Vehicle Stability Assist™ (VSA®) modulator. Honda has received customer complaints of brake pe...

Hopefully the mystery should be resolved, thank you all for the informative advice and information.

A side note, if something is dangerously wrong and they claim its normal, keep pushing to escalate it higher, I am still upset and relieved at the same time over the first technician not scanning it or inspecting it trying to brush this off (relieved they found the potential culprit). I will be filing a complaint with the NHTSA as mentioned by IanCH above.

IanCH said:
It's likely that the suspension wasn't properly torqued in the first place, I wouldn't worry about nuts loosening once they have actually been properly torqued. Anyone who has done aftermarket suspension stuff on cars knows theres a risk of clunking if you don't get everything seated right and torqued down, but its always fixable.

The brake thing, no clue on that one, but make sure you get complete documentation from the dealer about how they investigate, and what they conclude the issue to have been. I would also file a complaint with the NHTSA on that because as was said its a safety issue.
Click to expand...

Yes, thank you. The current fix is some locktite and retorque from what an adviser told me.

I posted an update, I dont know it previous posters get notified but it ended up being the VSA module leaking and not communicating with the vehicle. Thank you for your suggestion, I will file a complaint once I get my paperwork and can detail as much as I can on the form.
T

mdxstang said:
I think a few others have posted here about the 4th gen tie rod clunking issue and I think the simple solution was for them to just torque the nuts to a proper spec. The tech was right about the cotter pin preventing the nut from just falling off but if the nut isn't torqued properly it can cause the clunking and too much clunking can lead to damage of the components (out of round/taper). They likely had an issue at the factory of either torquing it to an improper spec or not torquing it to spec properly. I would assume this issue has likely already been resolved in the factory.

The braking problem as you described it sounds like either a failed brake master cylinder or somehow the brake system got air introduced into it that wasn't purged by a proper brake bleeding. I'd be suspicious of the timing of it since you said it happened just after the dealer was looking at the tie rod issue. I wonder if while working on the tie rod issue they disconnected a brake line at a wheel and when they put it back they didn't bleed the brakes and top of the master cylinder - i.e. I wonder if it was an induced issue by an incompetent mechanic rather than an actual build quality issue.

Thanks for posting your experiences though - that's one of the reasons I'm reading this section (as a potential future 4th gen purchaser).
Click to expand...

Exactly, I was worried about the damage the clunking of the (I am assuming balljoint) and the taper. Hopefully it was caught in time and no damage was done.

I appreciate the suggestion of potential air in the system after the tie rod issue, it very much so could have been, it ended up being the VSA module leaking fluid and not communicating with the computer.
T

Hogan773 said:
Very interesting. Wonder why Honda went with this style of nut. I guess good news is any DIYer could get in there and at least try to retorque that nut and see if that fixes the issue. But seems like a really poor design if it is something that is going to come loose all the time (or, maybe it doesn't come loose IF PROPERLY TORQUED but someone at the factory wasn't torquing it enough)
Click to expand...